About the GRC Foundation

The Gulf Research Center Foundation (GRC Foundation or GRCF) was established in 2007 in Geneva, Switzerland, under the Swiss Civil Code relating to foundations, and is administered by a prestigious international Council, which plays a key advisory role in guiding the Foundation’s activities. It is by definition a non-profit institution and an umbrella organization under which research, training, and educational programs about the Gulf region are developed and implemented.

The GRC Foundation conducts research on Gulf issues, promotes academic excellence both in and about the Gulf region, and ensures objective and comprehensive analysis and information about this vital part of the world. This is accomplished through numerous projects that GRCF carries out, often in partnership with other research organizations. The location of the GRCF in Geneva, a place where exchanges of ideas on issues of global governance and security take place regularly, has been beneficial for its work.

Cooperation with renowned research institutions, universities and other organizations is an essential part of the Foundation’s work. In 2011, the GRC Foundation was awarded special consultative status with the Economic and Social Council of the United Nations. The GRCF is also accredited to the governing council of the United Nations Environment Program (UNEP). In 2012, the GRCF, together with the Migration Policy Centre (MPC) of the European University Institute (EUI) in Florence, established the Gulf Labour Markets and Migration (GLMM) Programme, promoting better understanding and policies in these key domains for the Gulf and the countries of origin of the migrants.

The Foundation qualifies to receive funding and participate in programs supported by international organizations, the European Union, the United States, and various independent international foundations. Under the laws of Switzerland and the Canton of Geneva, donors based in Switzerland are eligible to receive tax benefits for supporting the work of the GRC Foundation.

The objectives of the GRC Foundation are 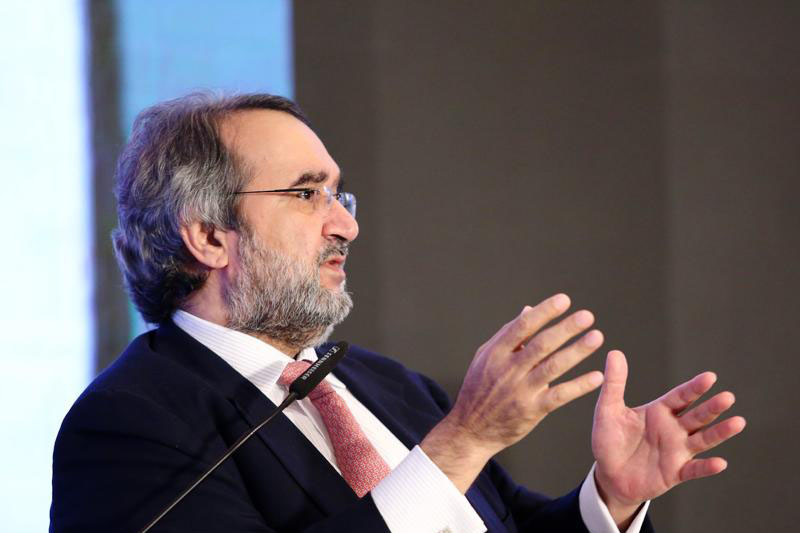 The GRC Foundation conducts research on Gulf issues, promotes academic excellence both in and about the Gulf region, and ensures objective and comprehensive analysis and information about this vital part of the world.

Dr. Abdulaziz Sager
Founder and Chairman of the GRC Foundation